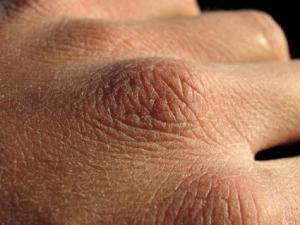 Once Bekah was out of recovery, we were moved up to a room on the maternity floor of the hospital.  It was weird because we were up there with no babies.  Lots of time went by.  We realized how tired we were: I mean we’d been up since 2:30am!  So I fired off some text messages to people, updated my job (it was about 8am by this time), and then we decided we might as well rest.  We both managed to get some sleep before waking up in hopes we’d be able to see our babies.  I finally decided to call the NICU to ask if they could be seen…they said yes.  The unfortunate thing was that I had to go alone, since Bekah wasn’t able to get out of bed yet.  So I walked to the nurse’s station with the all-important question: how do I get to the NICU?  Man, those directions were bonkers: it was like go down 2 floors, take a left, then a right, then a right, then immediate left, then climb a mountain, shoot two free throws, eat 3 hot dogs….ok I’m exaggerating a tiny bit, but it was pretty crazy at first.

I managed to find the NICU Nurse’s Station and I introduced myself.   I was told to fill out a form indicating that I didn’t have the bubonic plague or anything like that, and they gave me a nifty Levine Children’s Hospital lanyard with badge holder to hold my parent badge and a list of NICU phone numbers (really helpful).  I was instructed on NICU procedure: first check in at nurse’s station, then go to family waiting room where I’d have to do a 2-minute hand wash before putting on a yellow plastic gown, then I’d go out another door so I can be buzzed back into the NICU area…THEN I could see my boys.  Now this is very important…if your baby ends up in NICU and you have to do the 2-minute hand wash, be sure you have a good bottle of lotion in your hospital overnight bag.  Seriously.  I’m not even talking ashy knuckles here, but when you hand wash so much at first (you visit, then your family comes so you wash again, then more family comes to see the baby so you wash again and again and again) your hands will BURN.  I know mine did, and it was horrible, I have no shame in saying that cuz it sucked, big time.  I couldn’t even put my hands in my pockets…and God forbid using hand sanitizer…WOOOO BURN.  So yeah, lotion up!  Eventually it gets better: I used Burt’s Bees hand salve.  I know, some of you are like “So unmanly!” but just you wait.

So back to it.  I walked into the NICU and it was sorta like I remembered it: dark and quiet.  I took a step inside and realized that I had seen my twins for such a short amount of time that there was no way I’d be able to know them by sight, so I didn’t know where to go.  Luckily a nurse was there near the door and once I introduced myself she directed me straight ahead, where two little beds with heating elements were about 15 feet apart.  My boys.  I was happy to see them, but it so pained me to see them both there.  First I went to Nolan, again afraid that I didn’t know what to expect.  He was pretty zonked out looking all cute as if there was nothing amiss.  Seriously, if you looked at him, he looked so normal.  Amazing.  His nurse came up and introduced herself and gave me an update: they did an echo on him right after birth, and – SHOCKER – he has HLHS.  So she introduced me to his monitor, which displayed his pulse ox, heart rate, blood pressure, etc.  She said he was doing pretty well but wasn’t doing the best with bottle feeds, which is fairly common in CHD babies.  I got to spend time with the little man and hold his tiny fingers and toes and talk to him.  It was actually pretty soothing there in that quiet place.  I asked if a cardiologist had been by and was told no, but that the nurse was fetching the NICU doctor to speak with me.  While I waited, I walked over to see Grant, who was also happily asleep.  I did notice, though, that he had a little oxygen still going in through his nose and this big (for him) bandage on his chest.  Grant’s nurse came over and introduced herself and said that it looked like Grant’s lung had a buildup of fluid and had a little burst, but it was nothing major and they drained it.  That threw me for a major loop because here I was expecting one medical issue, but with Nolan…and Grant had one too?  The doctor finally came and said something I hear A LOT at the hospital and it pisses me off, “Hello Mr Perez.  Is English a good language?”  My reply, “What if it isn’t?” to which he laughed.  I was not amused.

Luckily for him, though, he was a nice guy and I liked him.  He also confirmed that Nolan has HLHS and that the team at Levine Children’s Hospital is the best around.  He also verified the info on Grant’s lung, saying he would be just fine aside from a tiny bit of jaundice.  I didn’t have any other questions for him aside from asking when I would see a cardiologist and he said he’d check on it.  Otherwise I Just wanted to spend time with the boys.  I was a bit sad, though: I didn’t get to hold them and didn’t know when I could, and I wasn’t happy about the fact they were in the NICU in the first place.  They were getting fantastic care, that’s for sure, but I wanted nothing more right then to have two perfectly healthy babies and be worrying about silly things like fitting them in the car.  And it sounds stupid, but I was overly concerned with making sure I spent equal amounts of time with each boy.  So I’d walk to Nolan and sit on this high rolling chair and just talk to him.  Then I’d go over and do the same for Grant.

It wasn’t until much later that I was able to take Bekah down in a wheelchair to see the boys.  By then it was a pro at getting to the NICU.  And it was really nice to see my wife get to interact better with the boys, even though she couldn’t hold them yet.

A big question hung in the air, though: what would cardiology say?  Will his surgery be tonight?  Tomorrow?  Next week?