← Nolan Makes the Big Time
The Big One! →

No, fans of Florida Lutheran University, I’m not hatin’ on you (does that school even exist?).  I’m talkin’ the flu…the ever-dreaded flu.  I remember one year I got the flu for my birthday and it absolutely sucked, it felt like I got hit by a train that was hauling a load of semis.  Everything hurt.  So as you can imagine, the flu for a baby – much less a heart baby – is horrible.

Let’s back up a little, though.  All this hoopla started when Nolan began to exhibit quite a bit of fussiness, including a serious lack of sleeping (oh yeah, he began sleeping through the night prior to this, thank you JESUS).  My wife finally took him to the pediatrician, who diagnosed him with an ear infection.  OUCH.  Sooooo we got the antibiotics and ear drops and began to treat him for that.  Few days go by and still he’s an absolute beast.  So we take him back.  Now it’s a double ear infection.  Double-ouch.  More meds, and all of that.  He’s still not getting better.  In fact, this time his eyes are looking a little swollen and he’s coughing and looking overall miserable.  We take him back for the third time.  This time the pediatrician is concerned and insists he gets admitted to Levine Children’s Hospital for further observation.  While the thought of having to go into the hospital again sucks, it was honestly the next logical step, because if they didn’t get him better at the pediatrician’s hospital, I’d probably be looking to bring him to LCH anyway for a deeper look.  We both said that was fine…after all, I had some time to spare.  You see, I was actually at this appointment because I was working a 1pm-9pm day since I would be teaching a training class from 6-9.  I called my boss and let him know that Nolan would be going to LCH and I would miss the first part of my work day, but that I would be making it in for the training class, since no one else could teach it.

Then everything got a little nuts.  Because Nolan’s oxygen sats were a little low due to him feeling crappy, the pediatrician wanted to be on the very safe side by putting him on oxygen and sending him to the hospital via ambulance.  Wait, what?  My first thought was “I could get him to LCH before an ambulance would even get to this office!”  Probably true, but moot.  She insisted, so we begrudgingly agreed.  Bekah had to get Grant taken care of and find someone to pick up Hudson then meet me at the hospital, while I got to ride in the ambulance with Nolan.  It was really kinda depressing to see them come in for Nolan with a gurney and all that.  Then, for a few minutes, it got hilarious.  You see, they don’t actually lay Nolan on the gurney, they actually put him in his car seat and then strap THAT to the gurney.  No biggie, right?  Well for several minutes, the two EMTs couldn’t get Nolan’s car seat strapped in well enough to the gurney.  They weren’t being idiots or anything, it was just a different challenge than what they’re used to.  It was hilarious and we all laughed.

Then we got in the ambulance and hauled it to LCH.  It was weird seeing everything out of the back window.  Not to mention that you REALLY see how people drive like morons.  I told the EMTs that I could never do their job, I’d be too busy screaming at other drivers.  All the while, Nolan seemed very entertained by his ride in the ambulance…I know his oldest brother would be JEALOUS.  I know all this was to be safe, but it felt like a waste…no to mention what the bill for this would look like.  At this point we still didn’t know what was wrong with Nolan…the doctor wanted to rule out infection or sepsis (which is crazy dangerous)…and to be honest it did worry me a little.  I didn’t want this to be the thing that dealt Nolan a serious blow.

We finally got to LCH and were brought to the Children’s ER.  Fortunately (I guess) it was Silly Hat Day at the Children’s ER so everyone looked NUTS lol  They really know how to lighten a mood, though.  It was humorous to see a nurse in a minnie mouse hat taking Nolan’s blood pressure.  Bekah eventually showed and they drew some blood from Nolan and a urine sample.  His pee was VERY dark, which showed dehydration.  The nurse he had was very nice and VERY knowledgeable, and she got him hydrated via IV very quickly.  One of the nurse practitioners from the cardio team stopped by and asked us some questions and recommended Nolan be admitted to Progressive Care due to their familiarity with heart kids.  We were happy to have her on our side.  Overall, though, we spent hours answering the same questions for like 2 or 3 different doctors.  Meanwhile Nolan was still pretty miserable.

Unfortunately I had to leave at that point so I can drive an hour, in rush hour traffic, to do this class for work.  I grumbled the whole way since I didn’t want to leave Nolan.  I got to work in my street clothes, apologized to my class for my slummin’ look, taught the class, then left.  I stopped at home to get clothes and all that before going back to LCH for the night.  By then Nolan was moved up to LCH.

I got there and Bekah was very frustrated: Nolan was writhing around in pain in the bed, just screaming and crying and no one was doing anything.  I was not happy.  And you know how I do – this guy came back: 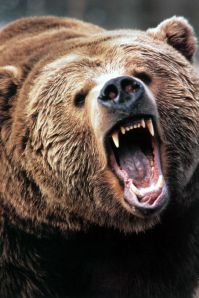 I stormed out of the room to the nurse’s station and found his nurse.  It was actually someone Nolan has had before and she’s a REALLY good nurse, so I was like “I apologze, I think you’re a great nurse…but if someone doesn’t do anything to comfort him I’m gonna freak.  AND I MEAN NOW.”  So she called a physician, who looked like he was 14 years old, to the room and I again made it perfectly clear that Nolan was in pain and something needed to be done.  They agreed to some benadryl and tylenol and eventually he settled down and slept.  We all slept for a little bit.

Eventually we found out Nolan had something called parainfluenza, a type of flu, and there wasn’t anything to do but make him comfy and let it pass.  That sucked.  I had to fight and yell and scream and scowl to get him comfortable.  Eventually the nurse was just like “This is what we’re gonna do” and she did it.  That’s what I like. She made a plan, stuck to it, and Nolan was all good.  Eventually this parainfluenza put Nolan in the hospital for 5 days…slowly he started to get back to himself:

Eventually he started to look better and better and the team continued to make him comfortable:

On the 5th day, Nolan was finally well enough to come home.  I felt so bad for him: with the double ear infection PLUS the flu pain, he was just a wreck.  He didn’t sleep and neither did we.  It was a brutal stay in the hospital for us, probably one of the worst.  But eventually Nolan fought it off like the tough guy that he is.  And it reminded us that with heart babies, even a cold can knock them out.  This was proof.  So remember, keep your hands clean, especially during flu season, because you don’t want to go through what we did!  Keep your kids away from sick people and keep them at home if you need to.  It will be better in the long run!

← Nolan Makes the Big Time
The Big One! →