When I was a kid my favorite Saturday morning show was Pee Wee’s Playhouse.  Yes, I said it.  That show was hilarious, and even moreso now that I’m an adult.  But that’s not what this post is about (per se).  Do you remember whenever he would do the connect the dots bit? 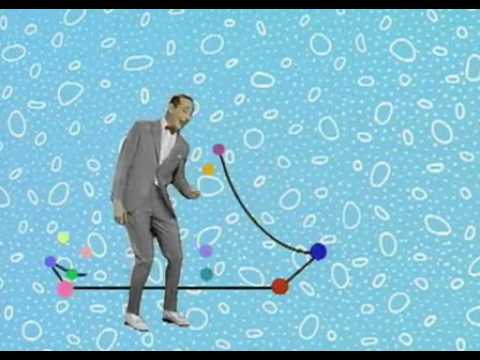 Hilarious.  The day before I moved down to NC, my best friend and I were hanging out at my grandmother’s house and we found an old VHS tape of Pee Wee’s Playhouse.  As soon as he busted out with “Connect the dots, la la-la la-la” we LOST it.  In fact, any time someone mentions “connect the dots”, I think of Pee Wee.  Thank you America.

So what am I getting at?  In the world of heart babies there are lots and lots of dots, depending on your kid.  Nolan has a whole lot of dots in his life to connect: cardiology, G.I., physical therapy, speech therapy, cranio-facial, etc.  The big problem I’m finding is that these dots just kinda float around there with nothing to connect them.  Now that Nolan is done with surgeries for a couple of years, I’ve been thinking a lot about what could make things better for Nolan and other heart babies.  Here’s an example:

A week or so ago, Nolan was having an absolute cow at home.  He was fussy and didn’t sleep well.  My first thought was that he might have an ear infection, so I called his pediatrician’s office at 8am one morning for a 9:30ish appointment.  Since I had to go to work, my wife took him in.  Since I called that morning, he wasn’t able to see his normal pediatrician, but we figured that would be ok.  Sure enough, he had a double ear infection; but what happened prior to the diagnosis is what got me thinking.  So a nurse came in to check Nolan’s vitals (and not the typical nurse who sees him) and my wife mentioned that he has HLHS.  Her reply, “What’s that?”  Yeah, that’s a problem.  I’m sure doctors and nurses have to deal with a lot of people assuming they know about every disease ever discovered, but c’mon son…he has a chart, why don’t you give it a look-through before going in to see him?  And that’s one of the things that infuriates me as a heart parent: when people come in to see him and don’t bother to look over his info and I find myself saying the same thing oooover and oooover again.  Well my wife then asked, “Aren’t you going to take his sat reading?” to which she replied, “Well…I guess, if you want.”  UGH.  Again:

As Nolan’s parent I am more than happy to advocate for him and other heart kids, I really am.  But sometimes I feel like we as his parents are tasked with the sole responsibility of attempting to coordinate his care.  Each of his physicians and therapists do a great job in their own regard, but it’s like they exist on their own separate islands…islands they can’t seem to venture away from, so it’s up to me and Bekah to put Nolan on our back and swim island to island.  So how do we connect those dots?

I think the answer lies with cardiology.  Nolan’s heart condition will always be the biggest issue, and I absolutely love his heart team, they do an incredible job.  This is not meant to be critical of them, it’s merely a suggestion and one that I think can benefit ALL heart kids in ALL heart programs: the heart teams need to take the first step in connecting the dots.  Imagine when you’re about to leave the hospital after your child recovers from the Norwood Procedure: if your cardio team asked, “Who’s your child’s pediatrician? Would it help if I talked with them and offered to educate them about your child’s needs?”  WHAAAAAT?  It simply gives my child the best shot at getting the best care.

Let’s take it even further.  Let’s say you’re traveling and – God forbid – something happens to your little one.  You can avoid the “Durr, what?” answers from a different care provider if maybe your doctors provided you with a packet that laid out everything about your heart child in a doctor-specific packet.  That way you can say, “Here is what his doctor says about his condition.”

It would be great for G.I to keep up with speech therapy or for G.I. to keep up with cardiology.  And maybe it does happen to a small degree, but I think more could be done.  I know as a heart parent it’s annoying/exhausting when you see a new doctor and mention his sats are in the mid-80s and they’re like “OH MY GOD!”  It’s enough to care for a heart baby and the advocacy associated with it, but a little help in that department wouldn’t hurt.  Everyone could stand to learn more and communicate more.