The life of a Heart Parent is a rather insane one.  I know you know this: isn’t it amazing how the most run-of-the-mill things become colossal when your heart kid is involved?  Take this holiday season, for example.

We made the trek to Florida for a good 10 days to spend with my wife’s family.  All the kids did surprisingly well on the drive (which we stretched over 2 days) and enjoyed their time with their grandparents, cousins, aunts, and uncles.  The bulk of the time was spent in a condo right on the beach in Clearwater…it was pretty sweet: 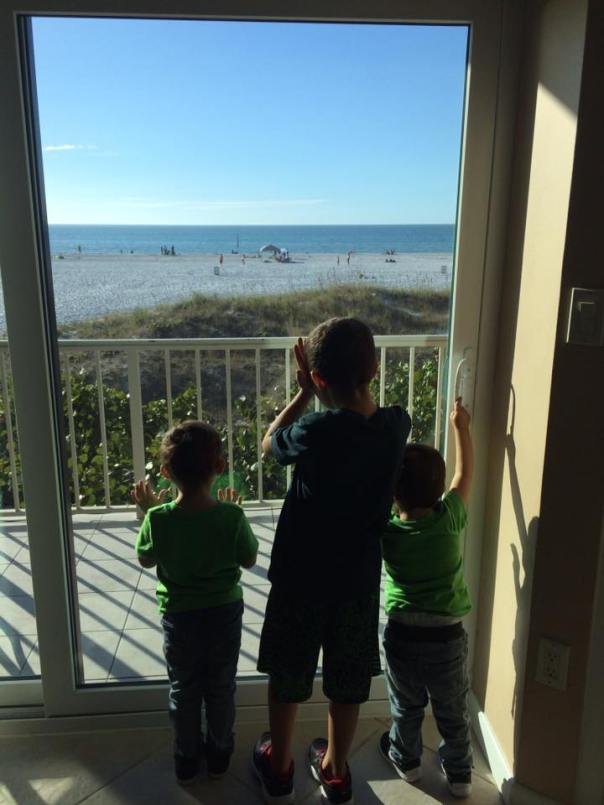 The day after Christmas the whole family took a trip to Busch Gardens, and we weren’t completely sure what to expect.  Let’s face it: the twins are still shrimps so I wasn’t sure how many rides they could get on.  Plus it was really hot, which Nolan struggles with…and if Nolan isn’t happy…well…no one is, if you know what I mean.  But Busch Gardens had a decent collection of rides in their Sesame Street-themed area and none of them provided any concern for the kids.  I mean look how happy Nolan is here: 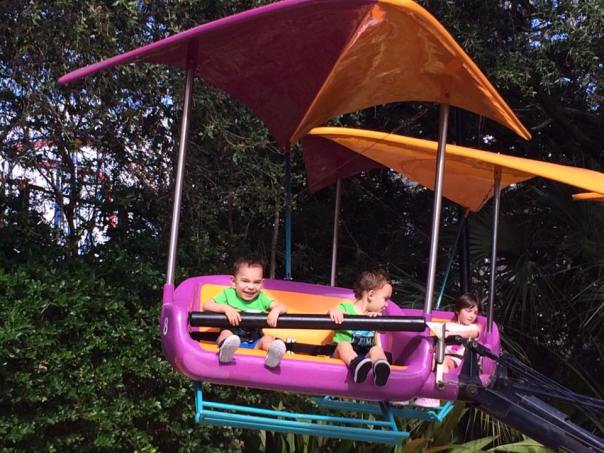 The big deal came two days later when our little family had the opportunity to go to LegoLand.  Before I get into the story I wanted to give a little background about how we got to go to LegoLand.  Merlin’s Magic Wand is a wonderful charity that gifts fun outings to kids with severe illnesses and disadvantages.  They were gracious enough to provide our family of 5 with tickets to LegoLand and we gave it to the kids as a family gift on Christmas Day.  They were super excited to get to go on more rides and I was excited at the prospect of a theme park that’s made for smaller kiddos.

Now I love amusement parks.  Always have.  I love roller coasters and all sorts of fun rides, so I was really looking forward to this special day with the family, and Nolan was definitely excited too: 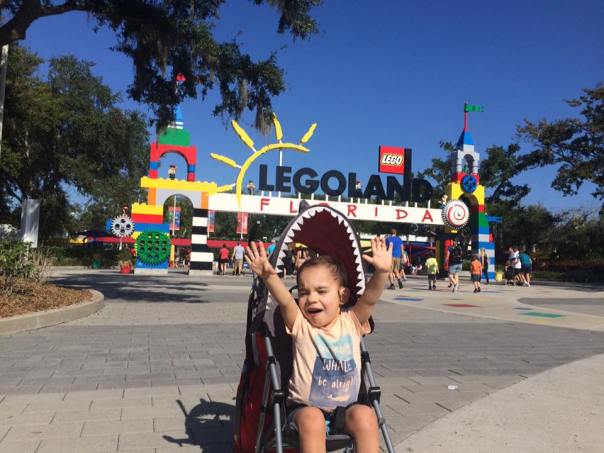 They gave us a little pass to help us get on the rides quicker, they measured Nolan and gave him a wrist band so he wouldn’t have to be measured at every ride (he’s finally 36″! YAY!), and every single person who we ran into there was so kind to all of us.  We got on some rides like the train and the merry go round and even this Lego Chima ride that got us SOAKED.  There were smiles all around…this was gonna be an awesome day.

But then Nolan said it: “I wanna go on a roller coaster.”  He had asked this several times already and we were able to successfully deflect it and re-direct, but this time he was insistent.  The problem?  He was too small for any of the roller coasters, not to mention I had no idea if a coaster was truly a good idea for him, if you know what I mean.  It says it there when you get to the line: not for people with heart trouble.  This was looking to get real frustrating, real fast.

But kudos to my wife, who is ever so awesome: she saw there was a ride nearby that could potentially serve as a “coaster” of sorts for Nolan.  It was called Merlin’s Challenge: 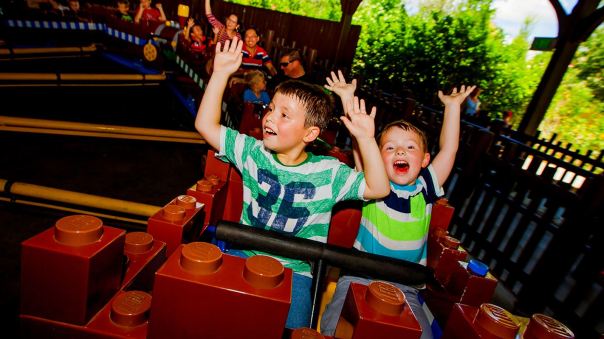 You’ve been on something like it, I’m sure.  You’re in a car, it spins round and round and goes up and down.  Nothing too fancy, but the cars looked like trains and to Nolan it was a roller coaster…and I wasn’t gonna correct him.  And the height requirement? 36 inches!  BAM!  So we waited in line and Nolan was super excited as we boarded.  Hudson was big enough to ride in a car by himself.  My wife went with Grant and I went with Nolan.  I sat next to him asking if he was ready and excited.  He was practically jumping up and down with excitement.  Again…this was gonna be awesome.  But then, as the ride operator pushed our lap bar down into place, my freakout started.

And then the ride started to move and I was like OHCRAPOHCRAPOHCRAPOHCRAP!  It was the most scared to death I’ve been in a long, long time.  No joke guys, I was freaking out.  But then I heard it…the high-pitched, squealing, almost wookie-like laugh of the strongest little 4 year old on earth sitting next to me.  I looked down and Nolan was smiling and laughing and looked like everything was a-ok.  Only then I was able to relax.  It’s blurry because we were going fast, but just look at this face: 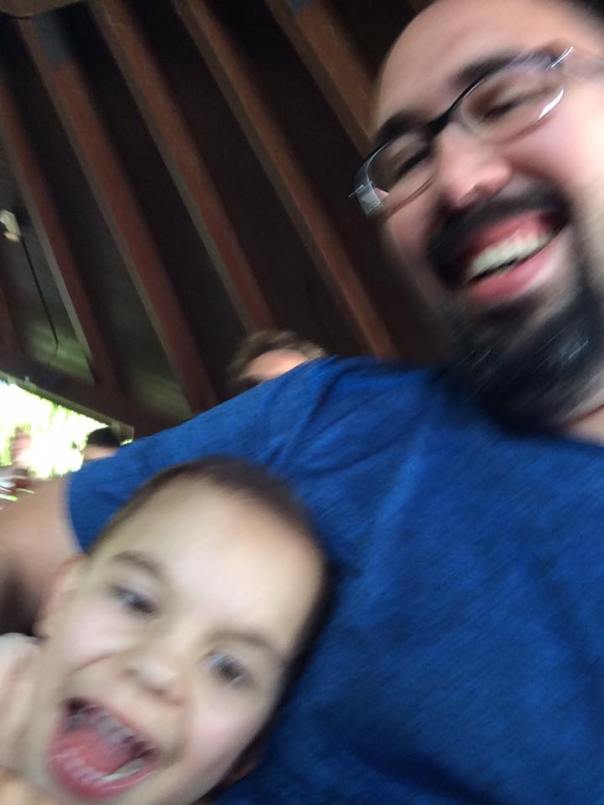 I think the ride maybe lasted 2 minutes…but it was 2 minutes of pure joy.  Preceded by holy terror, of course…but pure joy nonetheless.  It was a moment I’ll cherish forever because after all the surgeries, all the therapies, all the tube feeds, all the meds, and all the concerns about what he might not be able to do, we had a moment where he got to spin, laugh, have fun, and be just an awesome 4 year old boy.  It was epic and it meant everything.

This life we lead is a marathon and there will be many freak-out moments along the way, but man sometimes these kids of ours will just surprise us and lead us into a place of true joy.

Our family really wants to thank Merlin’s Magic Wand for their absolute kind generosity to our family and families like ours.  Your helped us make memories that otherwise would not have happened.  And to the staff at LegoLand in Florida: you guys are amazingly kind…keep up the great work!